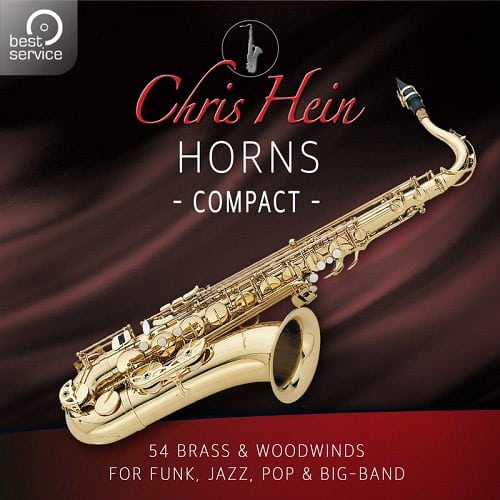 Still have my reel-to-reel

I love this library. Lots of control options, great sound, very expressive. I love the fact that you can introduce a trill or fall exactly where you want on a sustainded note. Makes for excellent realism. At half price it's a great deal.

my office these days

Moderator
One of my first libraries, and I really like it. It will take a minute to get the hang of it, but I found it to be pretty easy. And the instruments sound really good.

I've since upgraded to the full versions, and I still have compact installed, and I still use it. Sometimes it is just what I need.

At full price I think it was a bargain, at half off, well, double the bargain???
S

I picked them up as well. At the sale price it's a no brainer.

Excellent buy, and it was my taster that also qualified for an upgrade price to the full edition, which I definitely need due to the extra instruments. It can be good to start with the Compact Edition though, and in some senses I started even earlier with the Kontakt Factory Library which is an even more compact subset of Chris's horns (I think they're in the "Band" section, but it's been a while since I've used them as they're now redundant for me).

I bought this a few years back with the view of playing it with a wind controller. Never got past the demo (or authorised it) because I ended up going the Samplemodelling route. Listening to that mp3 makes me think that I should perhaps have a second look at it. Is anyone here using it with breath/ wind controllers? I understand that there may have been some tweaks introduced in a later iteration that made it better to play with them. Thanks.

yes for that Prelude to a Kiss I was using an Akai ewi usb, and I think I customized the patches for that use. Some time has passed and I can't remember the details now, but CHHC can definitely be played by a wind controller or BC
M

I didn't want to sound critical as a lot of work was put into it, and it sounds lovely and very realistic from the point of view of timbre and articulations, but the one (and only) thing that I did notice was that note-to-note continuity seemed a bit awkward.

It's also what I've run into in my own work with the library (both Compact and Full) and is why it has its uses in section work for the most part, but not for solo work, where I still prefer Sample Modeling's stuff (and SWAM Saxes).

Anyway, I'm just curious whether phrase continuity is something others have run into. I have tried editing the legato settings and other parameters, but it only gets me so far. I absolutely love these instruments for stabs and the like, and even for somewhat smooth section work where parts are in parallel (but not done as block chords per se).

The falls and rises sound great as well, but I don't seem to be able to wiggle as much variation out of them as with Sample Modeling's libraries. In the context of tight section work where the horns are not the star of the show, this is not at issue, and the superior timbre of the CH stuff rules, but for more straight ahead "chamber jazz" material, I don't use this lib.

I've had it for a while and love it. At that price, a great deal!
You must log in or register to reply here.